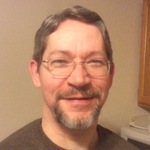 What is Lonesome Roadie Productions?

Lonesome Roadie Productions is a video production company that was started in 1996 in Albert Lea, Minnesota. It was founded by Jim Schneider, Dave Haugland, and me (Paul Robertson). We produced a monthly local access TV show about local and national rock and roll music, called just testing... (later known as  . . .